The  San Giovanni District is one of the historic neighborhood  of Rome.

Although commonly Roman citizens call it the San Giovanni District actually the official name of the neighborhood is Appio Latino district and was established May 24, 1926 during its building expansion.

But the Basilica of St. John Lateran is not the only point of interest, rather the Appio Latino area has many places of attraction both landscape level, both in socio-historical level since the era of Ancient Rome.

Many are the areas and artifacts of  this era, beginning from the two ancient Roman roads: the Via Latina and Via Appia, along which are clearly visible even today the patrician villas, the underground cisterns, the Massenzio complex, the catacombs and the defensive structures such as the Aurelian Walls. 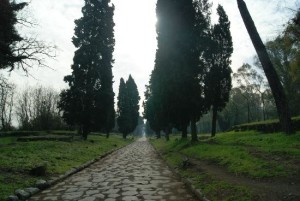 In the two historical streets and in the Parco Naturale della Caffarella, there are also the presence of civil and religious buildings that trace the history of the areas from the Middle Ages to the present day.

Getting lost in these historical streets and in the Parco Naturale della Caffarella is definitely a unique experience and it permit us to better understand ,what  was Rome without cars and without the chaos of today’s traffic.

The San Giovanni District had its final settlement development since 1895, with the beginning of the construction of public housing Viale Metronio to accommodate poor Italian families and then in the ’20s and’ 30s with the delivery of the Institute buildings Independent Housing (IACP), the Condominium Pietro Lombardo and the building of Telefonica Tirrenica. 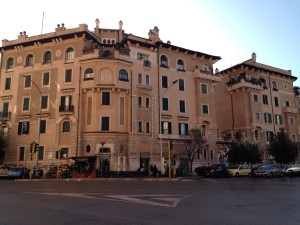 IACP Appio I, su piazza Tuscolo, via Soana, via Astura

It ‘s very interesting to note that the buildings despite being of popular character, were entrusted with important architects such as Camillo Palmerini Ballio and Vittorio Morpurgo.

These buildings, in “Barocchetto” style, still emerge for their beauty and are distinguished by buildings built in later periods. 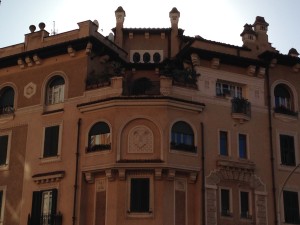 Even today, despite the very busy main roads, strolling through the smaller streets of the San Giovanni neighborhood and admiring these buildings, is a very relaxing time.

Today the District San Giovanni enjoys the spontaneity of this its approach and around it  was developed a commercial area with the presence of many shops such as Zara, Calzedonia, Intimissimi etc. where you can go shopping.

Another important place where you can buy present for you and your friends is the Via Sannio market, the best secondhand markets in Rome.

Many  accommodations like hotels, B & B and Apartments are in this area, which attract many tourists. It is easy to meet while relaxing in the many nearby bars and restaurants.

The San Giovanni District benefits of excellent connections to the rest of the city, given the presence of the Metro Station Manzoni, San Giovanni, Re di Roma, and Furio Camillo.

For those who arrive in this neighborhood with their own car, Parking Roma offers the opportunity to park their vehicles at its structures in Via Faleria 24 (Parking Appio) and Via Britannia 18 (Parking Tusculum), recommending a reservation for better service. 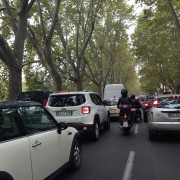 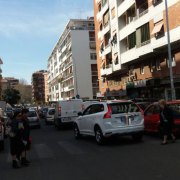 Where to Park in Rome 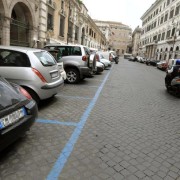 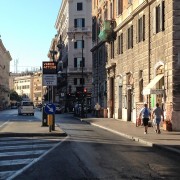